How to Master the Radial Saw by W.M.Kunkel

One Family's Journey through Alzheimer's

"Hon,Did You Call a Plumber?"

Our Kunkel Family in America 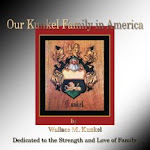 Mamie
I am a Çhristian—wife and mother of four—author— I love to make people smile. 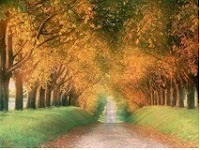 IT’S FALL AGAIN!
It’s that time of year when young people relish the briskness of the air—and the older of us bask in the beauty and the sadness of the turning leaves. A time for contemplation before we move ahead.

Fall is something special for the serious woodworker. Thoughts he walked around with and vacationed with during the summer begin to take shape. Details, somehow, become more clear. He finds he can make decisions. He goes into his shop and sees it in a new way. The clutter must go; a tool needs some extra care; a bench needs scraping. There must be a renewing and a replenishing—because he is somehow renewed and replenished and his shop is HIM! His fingers have a tingle that was not there in July—or August. Or September.

Now it’s October—and the great drawing power of the tool and the wood is demanding that he perform. His time is NOW. All else is something less. And he starts by sweeping out every nook and cranny and he moves about and he thinks and he sweeps and he ends by doing what must always be done first—he quietly and thoughtfully sharpens and hones his chisels and his plane-irons and readies himself for the great experience:

He is about to build something very fine—and he knows what it will be. The following article is a chapter from his book, "How to Master the Radial Saw," available at the official Mr.Sawdust web-site.
Chapter 1

The Great Do-It-Yourself Era
By Wallace M.Kunkel
This was the beginning of the most exciting time of my life— the great Do-It-Yourself era. Veterans had re-turned from the War and had to do it themselves. (They also wanted to!) They came to the Home Shows across America — literally, in droves.
Shopsmith was the “big” name. It was, and is, basically a lathe turned into a half-dozen other machines. Their original factory demonstrator was a fellow by the name of “Red”. I don’t remember his last name — but he was a master of woodturning. The wood seemed to melt under his chisel into fantastic shapes. He was also a great showman!
My goal, like many others, was to own a Shopsmith. I wanted one so badly I could taste it! At that time, I worked on Madison Avenue and 40th Street, NYC.
Directly across the street was a Patterson Brothers tool store — and I went out of my mind every noon hour. They sold, and they demonstrated, my Shopsmith!
My wife and I were having the first of our six sons and one daughter. Marc, my oldest, had outgrown his crib and needed a bed. We liked “Early American” — so my wife, Jean, told me I should buy one for him.
I did. I went to Altman’s and paid $150 for it (a lot of money in the 1940s!) When it was delivered, Jean phoned me at the office and said, “This bed’s not worth the money. How much is that Shopsmith?”
“$350,” I answered, hopefully. And she said, “Buy it!”
Nothing in the world could have kept me at my typewriter that day. I went straight across Madison Avenue and walked into a totally new kind of existence — at the cost of almost a month’s pay! (Not quite, but it sure hurt the budget!)
I then found out there was such a thing as a lumberyard that sold only hardwoods. I’d never heard of such a thing! It was in the bowels of Newark — but I would have found it if it had been in Timbuctoo. I told them I wanted Maple, “Three inches thick.” They said, “You mean, 12-quarter.” (Wow, I was beginning to learn the language already!)
What I didn’t know was they would have dressed it into nice 12/4-square turning-stock for a little more money. Instead, I went back to my Shopsmith and labored the big planks of rough Maple into the turning stock I needed. (What a job! I had a lot to learn.)
The end result was well-nigh miraculous. I had bought enough for five turned bed-posts because I knew I would ruin at least one. But I didn’t. SO, I only needed three more for Bruce’s bed, my #2 son! (That meant another trip to Newark.)
My father, a farmer in Missouri, came for a visit later. I asked him, “How do you like the bed?”
He liked it.
“Where did you find that nice Birch?” he asked.
“Birch!? It’s Maple!”
“Nope. It ain’t Maple. See that lit¬tle freckle in the end-grain? That’s Birch.”
“Anyway,” I said. “It’s 12/4!”
This was the beginning of an ad-diction that resulted in my building an “Early American” house, 1O rooms of furniture, and searching for a way to get out of the advertising business and into the world of woodworking — as fast as possible.
When AMF bought DeWalt, I had my answer.
I convinced Moorehead Patterson, CEO of AMF, DeWalt could “take over” this exciting new Home Indus-try. I did a marketing study in North¬ern New Jersey and came back all excited. By this time, he had made Sam Auchincloss the President of their DeWalt Division. (One of the greatest gentlemen I’ve ever known. Jackie Kennedy’s uncle, I think.)
I said, “Sam, we can sell $1,000,000 of DeWalts, per year, in the north 10 counties of New Jersey a-lone!”
After he hired Condé Hamlin for National Sales Manager, they both showed up in New York, took me to Rockefeller Center for a nice lunch, and said, “DO IT!”
While Condé put together a sales force of 30 District Managers across America, I did the original marketing and sales promotion.
You’ll soon see that we turned that little DeWalt into 12 “machines”. (Nine of them were a real stretch of the imagination!)
What I’m about to show you is the cover of the only existing copy of our first literature for the little DeWalt.

We gave it a new name, “DeWalt Power Shop” and described its “3-Dimensional, Self-Measuring Principle” like it had never been described before. (See next page )


However, the same DeWalt — in misalignment, or with the wrong blade, or in the wrong hands — can not only be frustrating —it can maim the operator for life.
And that just may be YOU.

I do not mince these words: Stupid, uneducated mistakes can maim you for life! (That’s a long time.)
This is just as true for a table-saw — but, remember, that machine is never wrong! It’s your fault when you can no longer count to ten on your fingers.
There are few (if any) sources for learning to “master” a DeWalt. I know of absolutely none.
The next best thing is a book like this.
Maybe you should get a copy...

It's Here! "Our Kunkel Family in America" 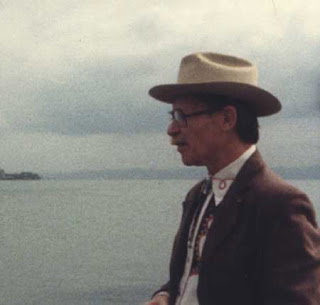 My dad, Wallace M. Kunkel, was a genealogist for the Kunkel Family. After he retired from his careers as a writer and woodworker he spent many hours—days—weeks—months, researching and recording for the Kunkel family. The result is an incredible work-over 700 pages. He hoped to see it made available but that did not happen. Even during his final days at home before he died he was adding finshing touches to the work. He left it to me in hopes that I would find a way to publish it.

So...eleven years later—with the help of my husband Ed Walsh—we have succeeded! A labor of love—and we are very pleased with the final product.

Our Kunkel Family in America
Posted by Mamie at 6:28 AM No comments:

How do you join books about woodworking, with stories of family and faith?
...With a "Dove-tale" of course!
Growing up within a family of woodworkers I learned early on to look for dove-tail joints in the drawers of furniture. I knew that dove-tails were an indication of quality in workmanship and of a piece of furniture that would far outlive me.

I also learned within that household of seven children—six boys and one girl— to appreciate the wonderful and rare gift of closeness that a family can experience; a closeness that develops through living the happy and not so happy times together—that "dove-tailing" of shared experiences, which joins a family for life.

At the age of twenty, I was given the precious gift of faith in Christ, a faith that has seen me through some difficult journeys of my own, and like that dove-tail joint, it is a faith that has endured.

Our lives are filled with stories, unique to our experience. And through those experiences, indelible memories are made—memories to be passed on, insights to be shared.
Through sharing, we may encourage others in similar situations.

The books on this site are all related in some way, authored by Wallace M. Kunkel, father of those seven children and myself, Mary B. Walsh, his only daughter.

The purpose of this blog is to introduce you to each one—and as products are added, introduce them as well....so let's get started.
Posted by Mamie at 11:48 AM No comments: